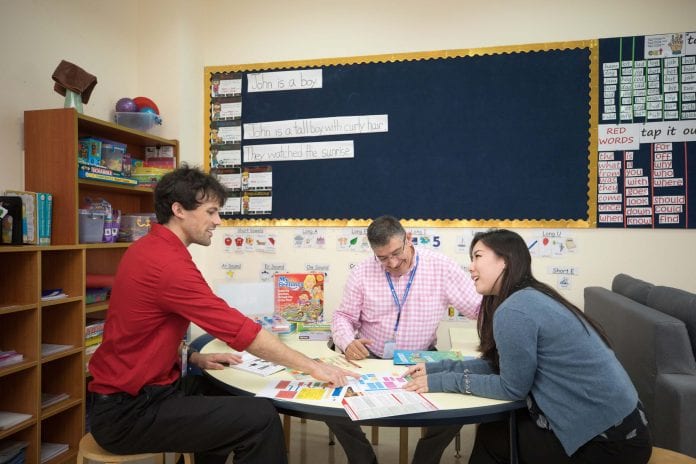 In our increasingly connected world, speaking a second language has become a priority for anyone who wants to boost their career prospects. Far from being restricted to those who wish to work in the tourism industry or a multi-national company, bilingual skills have become an incredible advantage in just about every profession imaginable.

You have the upper hand in job interviews

Bilingual job applicants have the upper hand in interviews over their monolingual competitors with comparable skills and qualifications. Motivation, eagerness, and experience certainly count for a lot. Speaking a second language, however, is what can give you that edge.

There are various reasons companies specifically seek bilingual employees: there really aren’t many corporations left that don’t have dealings with foreign countries or wish to in the future. Recent studies have shown that more and more companies are spending big bucks on interpreters and translators, so having bilingual employees would not only save them some serious funds but would also facilitate communication. Everything can be done much faster when that ‘translator’ is already in the office!

You can boost your earning potential

Want an ace up your sleeve that’ll command a higher salary? Learn a second language. On average, bilingual employees are paid up to 10% more than their monolingual counterparts. This is equivalent to having an extra qualification under your belt.

There is a catch, however, when it comes to demanding higher salaries: it does matter which language (other than English) you can speak. Worldwide, the most coveted languages in the business and banking sector after English are Mandarin, Arabic, German, French and Spanish. These languages represent the fastest-rising economies, so they would be the most valuable for English speakers to know.

You’ll have more chances to travel

Speaking a second language means you’ll be the prime candidate for overseas business travel. Interestingly enough, you don’t need to be completely fluent in that second language either – if you can even just get by and have adequate proficiency, it’s often enough to nab those travel opportunities.

Companies who wish to build relationships with foreign counterparts need a cultural link that transcends business talk. If you can be that link, you’ll instantly become highly valuable.

If you dream of working for a truly global corporation, know that these seek multi-lingual employees as a matter of course. They want employees who can (and do) seamlessly flow between offices worldwide, who oversee multi-national deals, and manage new opportunities wherever they may arise.

You’ll be highly valuable in just about any field

Being bilingual boosts your cognitive skills, increases brainpower, and makes you a more ‘creative’ thinker in the workplace. Bilinguals, in other words, are proven to be smarter, and this is something innovative companies realize and value. Even if the second language is not among the most coveted, it is an incredible career benefit nonetheless, so don’t be afraid to mention it and flaunt it!

Speaking a second language has many invaluable benefits and makes you a better listener, a more considerate thinker, and an improved problem-solver. Given the advantages are so far-reaching, getting a decent grip on a foreign language is one of the most priceless endeavors you could tackle to improve your career prospects.

A Complete Guide to the Different Types of Astrology

How to Improve Your Vision: 5 Quick Tips

Reasons why you should hire an essay writer

Human Resources as a Career Choice in Australia

Tips for Law Students When Studying for the Bar Exam