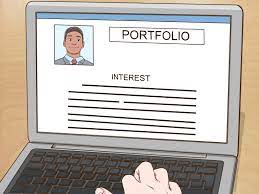 Ambitious and career-oriented people who envy the fast-paced life of a journalist, and would like to feel the rush of adrenaline as they do, are sometimes lost on what steps to take to accomplish such. However, accumulated experience over the years and the internet has opened up the formerly hidden secrets to the general public, specifically to those interested in the field.

How To Become And Remain A Credible Journalist?

To turn their writing or speaking skill into an excellent way of disseminating credible information, the world’s top journalists knew that it is important to have a mastery of the language they will be writing or speaking on and go through training, either formal or informal, and be ready to combine their soft skills with the job skills. For beginners, creativity, curiosity, and a keen interest in current events could prove to be motivating or deterring factors, as the case may be. But the world’s top journalists didn’t start as one. They followed all or most of the listed steps, scaled up, and learned more on the job.

This step tops the list, not only for the communication and journalism courses that it promises but also for the exposure that comes alongside formal educational programs. While passing through such training, the applicants can do well by paying attention to other topics that supposedly don’t apply to journalism. Such topics may include Geographical study and sciences. This will broaden the students’ knowledge base and prepare them for the future.

Be Bilingual or Multilingual

Being able to speak more than one language has been proven to help the brain think faster. Recent scientific evidence shows that those who speak more than one or two languages think faster than those that don’t. As an upcoming journalist, listing this ability on a portfolio will not sway potential employers to the person’s name. Still, it will make the job a lot easier, especially when there is a need to travel. Learning multiple languages in a place like Canada will surely widen the horizon of a journalist. This fact is made valid through the real-life experience of Nick Gamache CBC, who is fluently bilingual. He has advanced training in strategic communications, speech writing, sound editing, broadcast writing, web writing, and editing as well as on-air performance.

Possessing the contacts of reliable news sources will lift the research load off the shoulders of journalists. The confidence that comes with having such people on the back and calling of a journalist should never be abused or allowed to breed laziness. Rather than that, they should be seen as a funnel through which the facts are distilled away from false news. Caution should be the watchword of a journalist who bases his findings on hearsay only without carrying out diligent research from what was heard.

Be a Research-Oriented Person

Digging deep into tiny pieces of information provided and turning such into big stories that make headlines is what differentiates successful journalists like Nick Gamache Ottawa-based, Jeanne Beker, and Andree Lau Laura from others. They know their way through extensive research, both online and offline. Though most research sources prefer to remain anonymous when it comes to sensitive topics, their contributions towards credible journalism can never — and should never be underrated.

Conclusively, becoming and maintaining the hallowed title of a credible and evidence-backed journalist starts from a person’s innate desire for a democratic and law-abiding society. Passing through each of the above-mentioned ways will prepare a person for such responsibility.

Read More: How Speaking a Second Language Can Benefit Your Career

How Do I Improve the Workplace Safety Policies in My Company?

Bookkeeper vs Accountant: What’s the Difference?

How to Choose the Right Bookkeeping Services

Technology davidharnold - January 24, 2022 0
Do you find yourself in the market for a new computer? While you browse for different models, there's one thing you need to ask...

The Top Shopping Centres In Tennessee

Uncategorized davidharnold - January 24, 2022 0
The phrase "shopping centers/malls" brings a smile to one's face. Shopping malls are a favoured hangout spot for both men and women. The gaming...

Technology davidharnold - January 24, 2022 0
Do you feel like an electric vehicle will be better for your lifestyle? Does the ever-rising price of regular gas intimidate you? Buying an electric...

The Top Shopping Centres In Tennessee