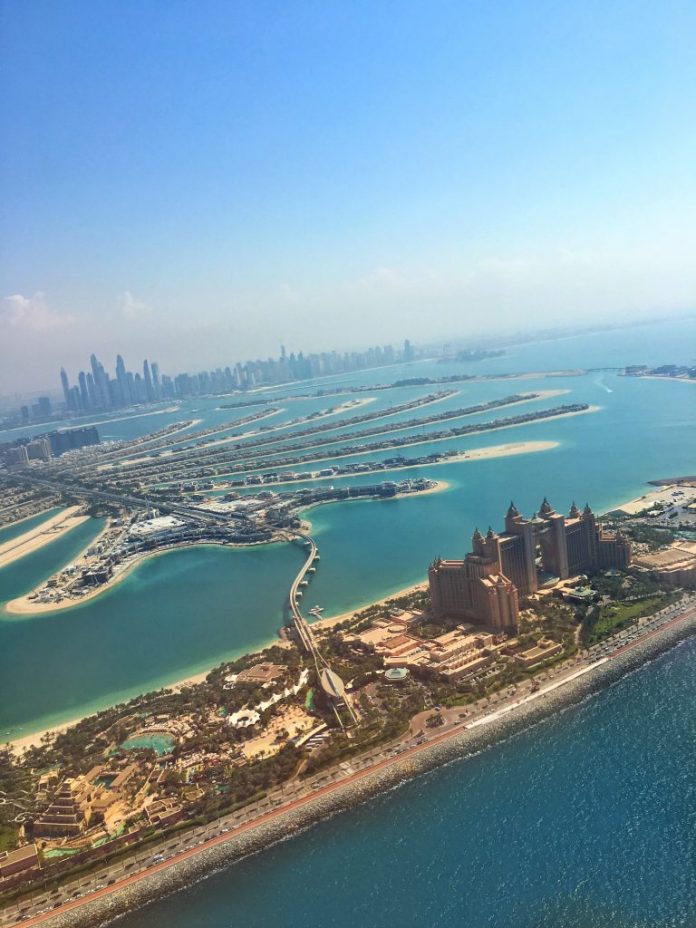 Earlier this year, my friends and I had decided to take a trip to Dubai. We were perusing through some tours online, and encouraged with the Thrillophilia reviews for this particular package, we decided to go for it. Although there were plenty of options to choose from, we opted for the 5 nights and 4 days tour. Read full guide about My Dubai Trip with Thrillophilia below.

We were really attracted by the discounted rates for the tour, which are actually pretty decent considering the comprehensive itinerary it promised. Upon arrival at the Dubai airport, we were promptly picked up by our driver, who turned out to be our friendly guide throughout the tour. We were taken to our hotel, which we’d selected before as a part of the package.

We checked in and spent the afternoon unwinding after the long journey. Our tour began in earnest in the evening, when we went for a Dhow cruise tour on the Dubai Marina. For those who don’t know this, the Dhow boat is a traditional Middle eastern boat that was formerly used for trade. Our cruise ended up being a spectacular one.

The night skyline in Dubai is truly fantastic to witness, especially so when you see it from the waters. The Cruise included a buffet dinner with delectable traditional dishes. The next day, our morning being free, we spent our time exploring the Dubai Mall and the JBR Beach. We were back at the hotel by afternoon, and left for the desert safari early in the evening.

The desert safari proved to be quite the adventure: we were piled onto a 4×4 vehicle that rode across the dunes at high speed. After the truly thrilling ride, we were taken to this Bedouin Tent and had a little camel-back tour. We had the option to get a henna painting done or even try a traditional shisha, which was handed out in unlimited supply.

But the night didn’t just end here. We witnessed a spectacular Tanura dance performance at the desert, which is a traditional Middle Eastern Dance form. The day ended with a fantastic barbecue dinner in the open sands. We were really looking forward to the Abu Dhabi tour on the third day, which, according to the Thrillophilia Sitejabber reviews, was one of the highlights of the tour package. We weren’t disappointed.

The tour started at the Grand Sheikh Zayed Mosque, which led to a stroll along the seaside Corniche with its street markets and food stalls. We took our time with our walk, stopping by to explore as many eateries as we can- an activity I’d definitely recommend to anyone willing to try the traditional street food in Dubai! We also visited the Heritage Village, which was actually a very delightful construction of traditional Bedouin Life in the UAE.

Having toured Abu Dhabi, we then embarked on a Dubai city tour the next day. We hopped across several of the biggest attractions- the Dubai Museum, Burj Al Arab and the Jumeirah Mosque being some of them. If there’s anything to admire about Dubai, it is the city’s architecture. The Dubai Mosque, in its stunning white facade, is a sight to behold.

We also took a quick detour to the Palm Islands, where we saw the Dolphin Bay and tried some of the delicious delights from the local food trucks there. That evening, we caught the Dubai Fountain show by the Burj, which was my personal highlight of the tour. We got the front seat to the show and gaped as hundreds of little water jets shot up in a fantastic display of light and sound.

Some in our group decided to take a cruise instead, and watched the show right from the water. Our trip overall turned out to be much better than expected. Everything was carried out absolutely smoothly, from the sightseeing to the safari. The hotel we stayed at too, was extremely clean and well maintained, and followed all necessary COVID precautions.

Transportation wasn’t a problem either, for we were deftly ferried from one place to another by our car for the tour. The itinerary itself, albeit comprehensive, left us enough time for ourselves for some self-exploration and shopping. In the end, we were really disappointed to leave. For anyone looking to go on a short Dubai trip, I’d definitely recommend this particular package.

Spend Your Weekend Untangling Your Stress At The Warwickshire Hotel

Tips To Find One of the Best Cotswolds Restaurants

Top 10 Destinations For For Everyone in USA